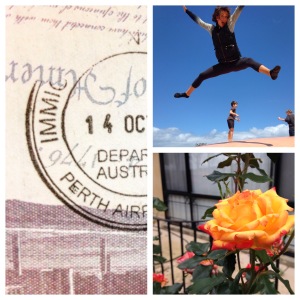 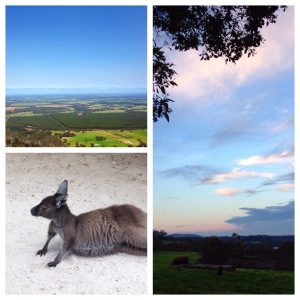 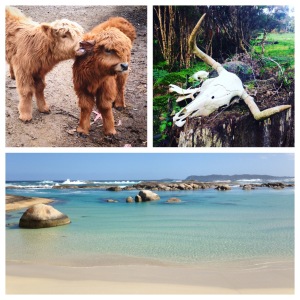 I’ve been waiting to say those words to someone aside from myself for the past month. “So, this is W.A.!” And yes, I’ve actually said those words to myself. Though the fact that I speak to myself might not come as a surprise to many of you.

Since my time in Geraldton (see earlier post for reference – “The Coolest Town You’ve Never Heard Of”), I’ve consistently been astounded by the awesomeness that this side of Australia has to offer.

Sunny, warm, temperate weather? Check (though this might change depending on the time of year you travel – October is lovely!)

Tons of activities that I’m still sad I didn’t have time to do? Check!

I feel lucky that I stumbled across this place at all. Though it feels like a pretty big place to just “stumble into” given that it’s a huge 1000km + coastal stretch of earth.

I kept thinking to myself, “how has no one mentioned this place to me?!”

For some reason, Western Australia flies under the radar. Personally, I like it this way and if I were famous, I probably wouldn’t say anything at all so that I could keep the beaches and coves and hikes all to myself. So maybe that’s what everyone who’s visited is doing – ‘keepin’ it on the D.L.’

But somehow I don’t think so.

It seems more like a classic case of, ‘do what the cool kids are doing.’

Yes, I will admit that Sydney would be my first recommendation if a visitor could only come to Australia ONCE and go to ONE place/city. And yes, I am pretty sure that if I did get the chance to go to Melbourne, which sadly I haven’t and which I do plan to do at some point, Melbourne might take the cake because I hear it’s pretty artsy and fun and rad. But Perth – the largest city in Western Australia – and the surrounding coastal areas within 500km north/south are lovely.

Before I left for Australia, I asked around among well-travelled people I knew: where to go and what to do in Aus!?  I figured that if I asked enough people and got enough overlap in suggestions, I’d probably come out with some pretty good ideas.  And for the most part, this worked out for me because Australia is a huge, diverse country and there are many worthwhile destinations.

Here’s a good sampling of buzz-words that helped direct my initial travel plans:

Sydney! (Agreed, totally worth it. Too many awesome things to write about Sydney in this post, but suffice it to say it’s in my top 3 and if it were closer to America, I think I’d set up camp for good).

Byron Bay (Wouldn’t know because I didn’t make it there, unfortunately. I’m pretty sure I’d like it, but after seeing the breath-taking beaches of Western Australia combined with the funky, hippy vibe of Fremantle on the coast just outside of central Perth, I’m altogether satisfied with what I’d hope to get from Byron Bay anyways. In other words, Byron Bay is known for a great beach and its artsy, fun, and youthful energy. One big draw to Byron Bay that areas on in WA might lack is the nightlife).
Gold Coast (ew, sorry Gold Coast. You might be good for surfers, especially beginner surfers, but unfortunately I’m not a surfer. Blue Crush might be in my top 5 favorite guilty pleasures, but that’s partly because I have a girl crush on Kate Bosworth and partly because I simply like the idea of being a surfer… When it comes to the Gold Coast, there’s just too much grit and grime and cheap tourist thrills for me to consider this destination a top choice).

Airlie beach (thumbs up. This place is cute, fun, and easy-going. There’s enough night-life to keep you busy for a few nights, the shops are interesting and the beaches are great).

Whitsunday Islands (extremely beautiful and worth it.  Especially if you are willing to throw down a couple of Benjamins to take you out to the gorgeous spots. However, that’s also the pitfall  – you kind of need to spend money to get out to the glory, and it ain’t cheap. If you don’t have the dough to get on a private boat? Head to WESTERN AUSTRALIA! The beaches are similarly stunning with crystal clear water and white, velveteen sand).

Clearly the east coast of Australia treated me well, and I loved/love it there. It’s not to say that my time on the East wasn’t great – it was. It’s just that there might as well have not been a west coast because no one said a word about it, and it deserves a lot more than a word.

As I mentioned earlier, I feel lucky to have found myself in Western Australia and had the chance to explore even just a little bit. I wish I’d known to spend more time and make this place a destination, but I’m glad to be able to share my enthusiasm regardless.

While I’m confident that with more time my recommendation list would grow, here are a few buzz-words I’ll share off the top of my head based on my experience thus far in W.A.:

Beaches, beaches, beaches (basically anywhere south of Broome – i.e. the entire west coast of Australia – you’re going to get some great beach action. Broome isn’t my favorite because when I was there it was September and it was buzzing with flies, humid as F—, and the jellyfish were out of control. But a lot of people go out of their way to vacation in Broome, and it’s possible that Broome might be lovely during another season.

In my opinion, beaches are the most stunning towards Denmark and Albany (roughly 500km or 5 hours south of Perth), though I hear Esperance (another 400km) is out of this world. I didn’t make it to Esperance yet so I’ll rely on your feedback to tell me what you think when YOU go there. Wink.

Anyway, Denmark has several stunning beach access points, including Ocean Beach – great for surfing, Lights Beach – beautiful views from above, and Greens Pool/Elephant Rocks – I’m speechless. Go there. What’s even better is that I was able to easily bike my way to all three, though I recommend traveling by car if you’re interested in actually making a beach day out if it).

Fremantle (adorable. Grab a coffee and be inspired. Even the coffee sleeves are custom decorated – biopak.com.au is where it’s at! I actually photographed and sketched the to-go coffee cups I was given in both Fremantle and Albany because they were specially printed to showcase local artists’ work.

Fremantle has this attractive artsy, bohemian vibe that somehow sidesteps the realm of ‘irritatingly hipster’ that you sometimes get in areas of Brooklyn or L.A.

Fremantle is quaint and historic, yet eclectic and youthful. Something about it just feels sexy. I couldn’t help but make my way through the specialty grocers and purchase a stunning, hand-printed tea towel to decorate the walls of my future apartment.

Overlooking the beach there are working artists’ studios open for all to browse (can you spell awesome real-estate investment!? I’ll have a studio in Fremantle for Christmas, please…). And right on the water there’s a group of free lounge chairs where you can take a cocktail or a book and just…sit. Ahhhh.

Castle rock, Porongurup National Park (So glad I got to go – thank you Patrick from Bologna for driving!)

My descriptions are getting longer than I anticipated, so I’ll spare you the wind and go for the gold. The national parks are worth a visit, and the hike up Castle Rock is doable for most – meaning I saw grandparents and small children on the way up and down. After the 1.5 hour round trip trek you’ll feel like you got off your rear without feeling (too) wiped, and when you get to the top, the view is beautiful).

Albany is surrounded by blue water and you don’t have to go far to get it, though Little Beach – about an hour drive outside of the city center – is what gives Albany an edge. Apparently Little Beach HAS been written up as one of the best beaches in the world, though it still remains a secluded and serene place to visit. A little difficult to access, if you’re willing to take off your shoes and hustle up a few rocks, your efforts will be well-rewarded.

You already know my thoughts on Geraldton (thumbs up).

Even in the “in-between” towns and places, there are touches of color since roses bloom everywhere. Literally, there are roses everywhere and it’s absolutely gorgeous.

I’m just glad that I found myself in the Land of The Roses, and that I took the time to smell at least some of them.