I figure it’s about time that I told you a bit about where I’ve been living and what the heck I’ve been doing since I arrived in Indonesia.  Specifically, Bali.  One of the best places on earth and one of the only places during the past five-plus months of travel that I’ve been able to call home for an extended period of time.

Since arriving to Bali in mid-October, I’ve spent the majority of my time as a volunteer teaching English in a small village called Tianyar on Bali’s northeast coast.  Here, I recently lived and worked at Yayasan Widya Sari, a local non-profit situated in the middle of this village, the first genuinely primitive place I’ve set up camp in my entire life.

For a while, I didn’t know how to write about Tianyar.  It is dusty and dirty, the air often permeated by the smell of burning trash because there is no organized method of garbage disposal.  Life in Tianyar is simple, to say the least.  Villagers live in huts made of basic raw materials – wood and cement.  Laundry is done in buckets and often dried on convenient, low-hanging tree limbs.  Head lice is a thing.  Postal service delivery is not.

But Tianyar is a happy place, and I cannot emphasize this enough.  Despite the dirt, the dust and the grit (or maybe because of it), what puts Tianyar on the map is an undercurrent of Joy.  In Tianyar, the sound of children’s laughter punctuates the air, riding a certain, almost tangible Good Energy that transcends financial means or limitations. 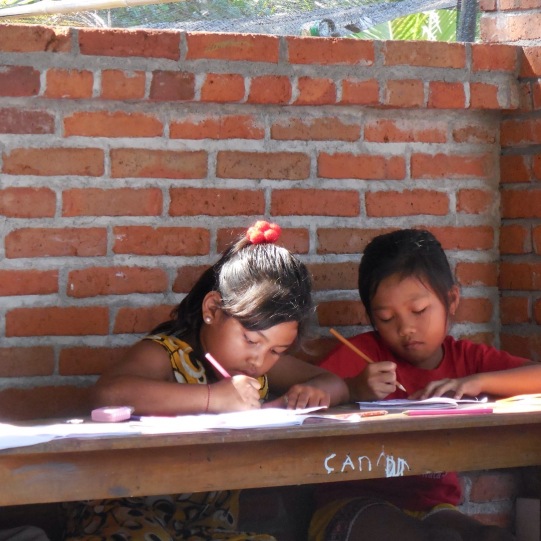 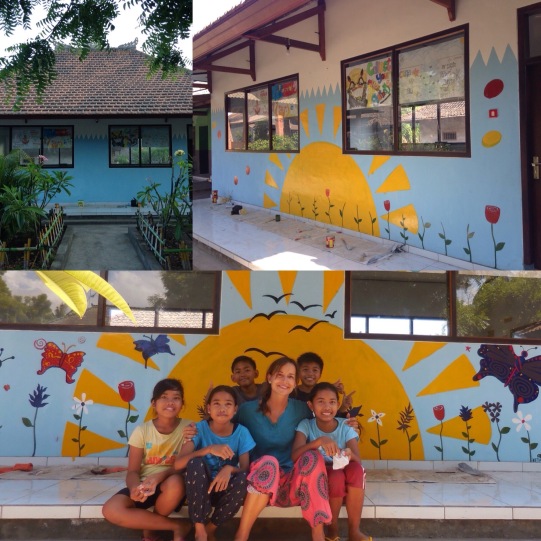 It seems funny to me now that I had ever doubted the place – before arriving to teach at Yayasan (as we volunteers fondly called it), I was wary.  I was concerned about associating with some sneaky “non-profit” that targeted well-meaning westerners or abused outside funding.  At first, I only committed to the minimum stay of two weeks, even though I’d done my research to ensure I wasn’t supporting any shady volunteer shenanigans.

You may already guess where this story is headed.  Of course, I ended up staying five weeks, and I would have stayed longer if my travel plans or visa allowed it.  It’s a testament to Yayasan how quickly and easily I fell in love with it.  The people, the buildings, the sounds, the smells – in some wacked way, I even include Eau de Burning Trash in there, because it was part of the experience and I wouldn’t have had it any other way.

I could go on in 1,582 different directions about Yayasan and reflections on my time there.  But, that would be difficult to do in 500 words or less.  So for now, I’ll leave you with this closing thought…

I may have been the one there to teach, but Yayasan taught me more than I could have hoped.  On gratitude and on laughter. On patience. On empathy. Friendship. Self-respect. Nature vs. Nurture. Balance and Flow.

More on those thoughts to follow, but for now I thank you, Yayasan.

** For questions, inquiries or to get involved with Yayasan Widya Sari, please see website and contact information below for both the organization and for Ketut, owner and founder.  I have not been asked to do this, though Ketut has approved this message.

2 thoughts on “The Village”